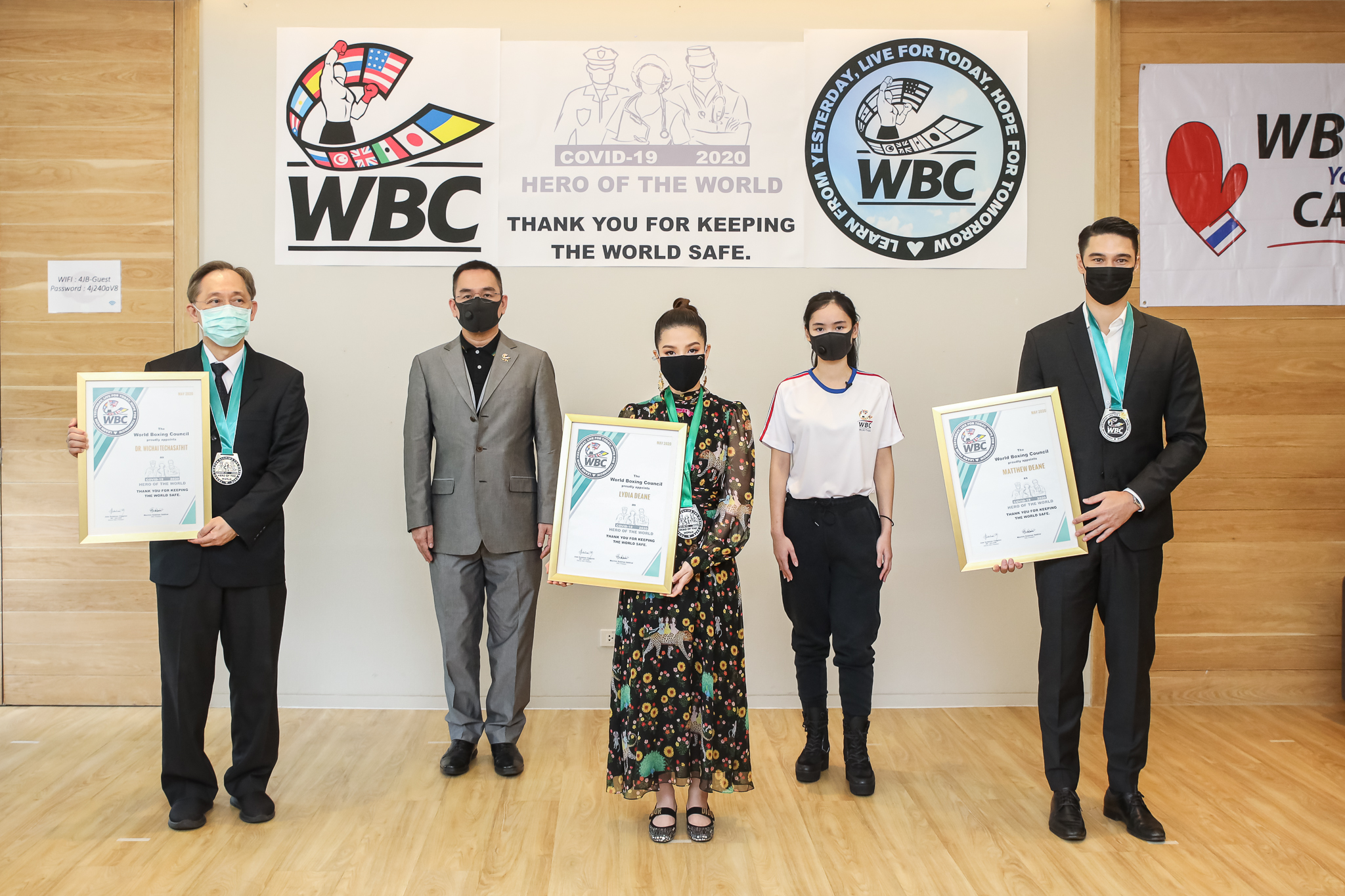 Lydia and Mattheew are widely known, as she is a successful Thai singer nicknamed the ?R&B Princess? married to Matthew Deane, with whom she has two beautiful children. Close to celebrating their fifth wedding anniversary, the fate of this popular family took an unexpected turn because on March 13, they announced that Matthew had contracted COVID-19. Three days later, Lydia was also affected.

From this moment on, the couple were in the hospital for 30 days, under the caring supervision of Dr. Wichai Techasathit and his team of doctors, who day after day provided them with not only medical care but also emotional support. Their story went viral as during these days of confinement, the couple updated their followers and friends about their symptoms and the hospital routine through their social media platforms, sharing awareness about the infection and how the treatment is done.

Fortunately, the story of our guests had a happy ending, as this couple managed to reunite with their children and family again; however, this would not have been possible without those men and women who leave their homes day after day, ready to save hundreds of lives even when theirs` may be in danger. We refer to the first line responders: doctors, specialists, nurses, emergency personnel, hospital staff and so many more.

Thanks to the grateful intervention of the promoter Bank Thainchai Pisitwuttinan, Dr. Wichai Techasathit was nominated as Hero of Humanity. It is worth mentioning that Dr. Techasathit has lived through four pandemics and in all of them he has put on his gloves on, saving countless lives, using all his experience, but also giving messages of hope, reassuring his patients and letting them know that the entire medical team works to help them.

Jill Diamond, Director of the WBC Cares, recalled that since the birth of this program thanks to the initiative of our beloved Don Jos? Sulaim?n, Thailand has always been one of the countries that has been most involved in helping, recognizing heroes without gloves, promoting boxing and muay thai among children and youth, also thanks to the tremendous and dedicated commitment of a man that the WBC family recognizes as a hero, General Kovid Bhakdibhumi.

Celebrating, the commitment of the doctors and life, Lydia and Matthew Deane, as well as Dr. Wichai Techasathit received awards in a very special ceremony, organized by Kevin P. Noon through the WBC Cares the medal and recognition as ?Heroes of Humanity?, as the courage and determination shown has made them the most admirable champions.

Lydia and Matthew Deane said that this has been the most terrifying and challenging experience they have ever had, since from the diagnosis it was necessary to face the complications of a disease that is unknown. a lot, which makes us think about how fragile we are and makes us reflect on how lucky we are when we are healthy.

They added that many negative thoughts were haunting them, and they were afraid of not returning to their children. However, the dedication of the medical staff, seeing that they never give up gave them the courage to battle on, to fight and to show that there is indeed hope.

For those who didn?t have the pleasure of viewing this amazing WBC Talks. We thank the General, Thanapol, Jade and Kevin for making this happen.
(https://wbcboxing.com/en/wbc-talks-44-heroes-of-humanity/)