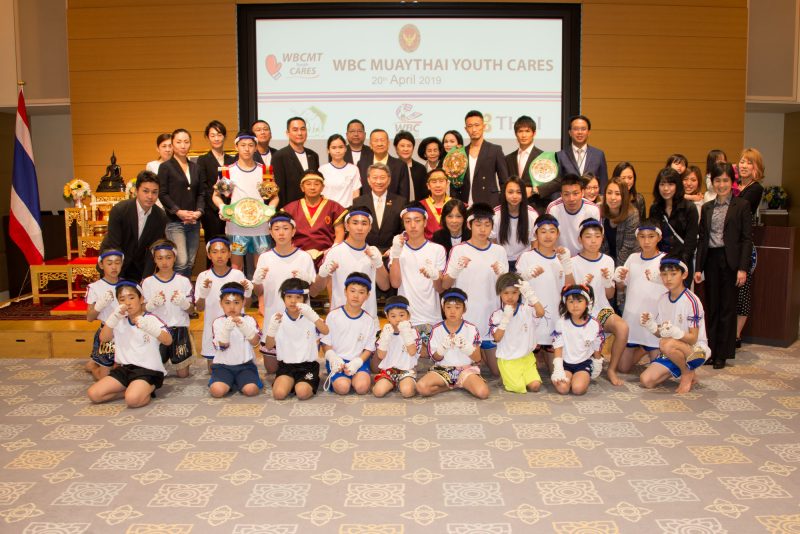 
On April 21 2019, WBC MuayThai Youth Cares led by President Nabhiraks (Jade) Bhakdibhumi organised an event at the Royal Thai embassy in Tokyo, Japan to promote the organisation’s objective of youth empowerment and togetherness through the sport of MuayThai. In attendance was the Grand Masters of MuayThai who led the traditional Muay Thai tradition of Wai Kru. Traditional MuayThai participants believe that participation in the Wai Kru ceremony enables boxers to become a successful boxer, protect them from harm, danger, and brings happiness in and out the square ring.

H.E. Bannasarn Bunnag, the Ambassador of Thailand who was also in attendance proclaimed that, ‘the Wai kru ritual ceremony was a great opportunity to showcase Thailand’s remarkable culture that has been passed through generations to the young Japanese boxers as they have a special opportunity to perform Wai Kru Ritual Ceremony which demonstrates a vital part of Thai culture in paying respect to the Grand Master of Muaythai. This ceremony is known to exist since the 16th century when Muaythai was first introduced.’

Miss Nabhiraks Bhakdibhumi, the Founder of WBC Muaythai Youth Cares remarked that, ‘we are under the umbrella of the World Boxing Council, which possesses members around the world. WBC MuayThai Youth Cares is committed to the wellbeing of all youths who participate in MuayThai and through the program’s global network, the program aims to connect all like minded youths participating in the sport. The global network will allow the young boxers to share their interests, techniques, help each other through difficult times in life and inspire each other. I want to bring people together through the sport of MuayThai and by sharing a tradition of MuayThai will enable the young Japanese boxers to gain a understanding of Thai culture while being able to connect with Thai boxers.’

Meanwhile during the Wai Kru ceremony, two Japanese WBC Muaythai World Champions who are the idols of the young boxers were there to give inspirational and motivational speeches to the young boxers.

In the future WBC Muaythai Youth Cares will be organising similar events to this ceremony around the world whilst having the support from Thai Airways. The next event will be held in Moscow, Russia at Royal Thai Embassy on June 20, 2019. 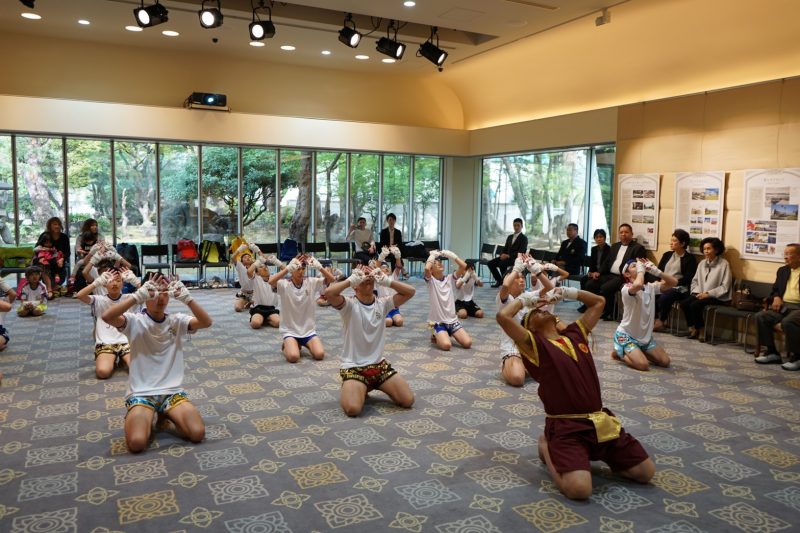 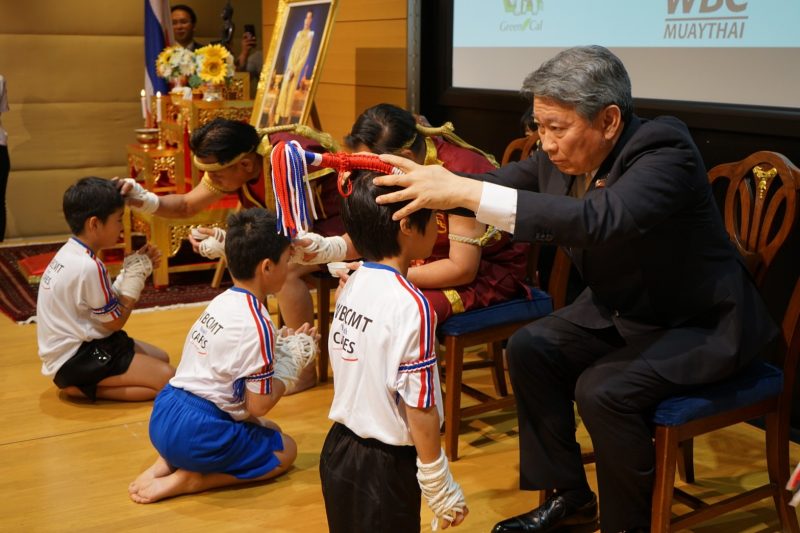